J
ason Fine is a Pennsylvania Super Lawyer who recovers millions of dollars each year for his clients.
Jason Fine (aka Big Al) specializes in representing victims suffering injuries caused by motor vehicle, slip and fall, construction site accidents, and negligence of security personnel. Licensed to practice in Pennsylvania and the Eastern District of Pennsylvania, he has litigated cases from Philadelphia County to Allegheny County. 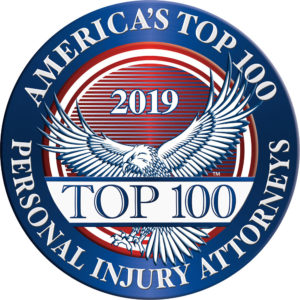 He graduated from the University of Delaware and went on to earn a Juris Doctor degree from the Widener University School of Law in 1998. Jason launched his career as an Assistant Defender with the prestigious Defender Association of Philadelphia, allowing him to develop effective courtroom skills early in his career. Jason also worked for the Defender Association of Philadelphia for five years and tried hundreds of cases to verdict including many major felony jury trials. Prior to opening the J. Fine Law Group, P.C., Jason worked at three other prominent Center City law firms specializing in personal injury.

Over his years, Jason has been involved in many high-profile cases and continues, year after year, to obtain high verdicts/settlements/awards for his clients.

Jason prides himself in being available 24 hours a day, 7 days a week for his clients. You won’t reach an answering machine, you can get Jason directly when you need him.

M
ichelle Mall is a personal injury attorney who is dedicated to serving clients who have been injured as a result of another’s negligence.
She specializes in slip and fall, motor vehicle, dog bite and negligent security claims.

Ms. Mall is a Philadelphia native who earned her degree in Criminal Justice from Temple University and subsequently went on to earn her law degree from the University of Dayton. Following law school, Ms. Mall returned to her hometown of Philadelphia to represent individuals who have fallen victim to personal injury accidents. Since joining J. Fine Law in 2015, she has successfully litigated numerous cases. Most notably, alongside Mr. Fine, Ms. Mall assisted in successfully litigating a motor vehicle accident claim which was recognized as the top fifty personal injury verdicts in the state of Pennsylvania in 2016.

Michelle is admitted to practice law in the state of Pennsylvania as well as in the Eastern District of Pennsylvania. She also serves as an arbitrator for the Court of Common Pleas in Philadelphia County.

Have you been involved in an accident that’s not your fault?

When you face serious injuries after a slip and fall accident, our team can help.

Don’t let the medical and financial bills add to the stress of recovering physically.

Employees who are injured while on the job are entitled to compensation.

If you have suffered an injury due to an assault in a secure area, we can help.

“I must say that while I prayed and asked God to send me someone caring and sensitive to help me, I heard the ad for Big Al.”

I expected someone gruff and insenitive and impatient, but this wonderfully caring man told me to take my time, echoed my concerns without me selling him my sad story. He GOT IT! He was reassuring and kind. I’m looking forward to meeting him, and even if it turns out that he cannot help me, I wouldn’t change this review. He’s a vastly differnt cut above the crude and rude ones I have encountered. Call him if only you need someone who will listen. Thanks Mr. Fine Joanne W.